How to Make Puerto Rican Sofrito from Scratch?

First let’s talk about “What is sofrito?”

Sofrito is a blend of various vegetables and herbs used in Latin cuisine, especially in Caribbean islands like Puerto Rico and Dominican Republic. Recipes vary from place to place, but primarily consist of onions, garlic, peppers, cilantro, culantro, and tomatoes.

The word sofrito comes from another spanish word “sofrier” which means to stir-fry. Typically the sofrito is stir fried in a bit of oil, before using in a recipe. According to Google’s dictionary sofrito means; a Caribbean and Latin American sauce of tomatoes, onions, peppers, garlic, and herbs.

Depending on which part of Latin America, sofrito is made with different ingredients, and used in various ways. Sofrito is added to rice, beans, meats, soups and stews to enhance the flavor of the food.

As a Puerto Rican, I grew up enjoying the aroma and flavors of sofrito as it is a staple in Puerto Rican cuisine. We just can’t cook without it. It is used to marinate meats, used in our famous rice and chicken “arroz con pollo” and rice with peas “arroz con gandules”. It is also used in our famous bean stew, and various soups like “asopao” and “sopa de gandules”. Sofrito is also used in meat stews like “fricase de pollo” and “carne guisada”. It is literally a staple used in almost every single meal.

Below I will share a variety of sofrito recipes to satisfy your cravings.

How to Make Puerto Rican Sofrito from Scratch

Traditional Puerto Rican Sofrito contains various ingredients that are native to the Caribbean and may not be available in your area. I will explain each of these ingredients in detail, however no need to worry if you can’t find them. I will also share other ingredients that you can use as an alternative. 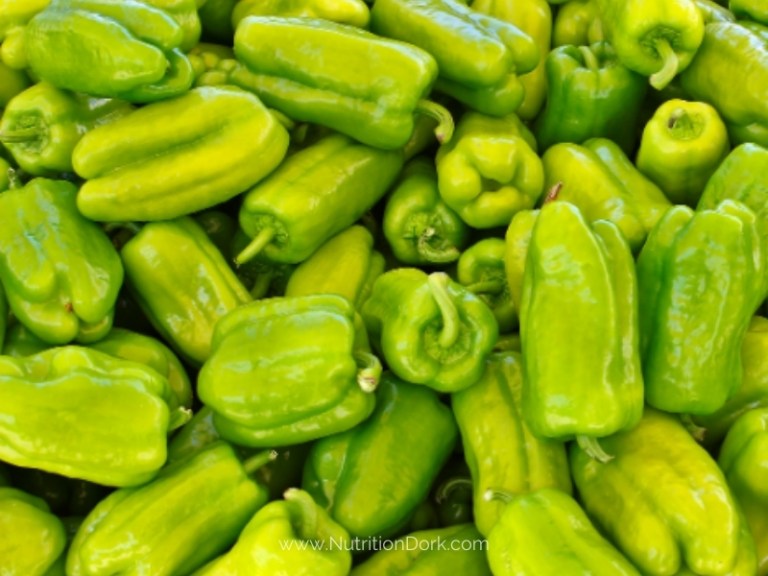 Cubanelle peppers; according to Wikipedia “The Cubanelle, also known as “Cuban pepper” and “Italian frying pepper”, is a variety of sweet pepper of the species Capsicum annuum. When unripe, it is light yellowish-green in color, but will turn bright red if allowed to ripen.” 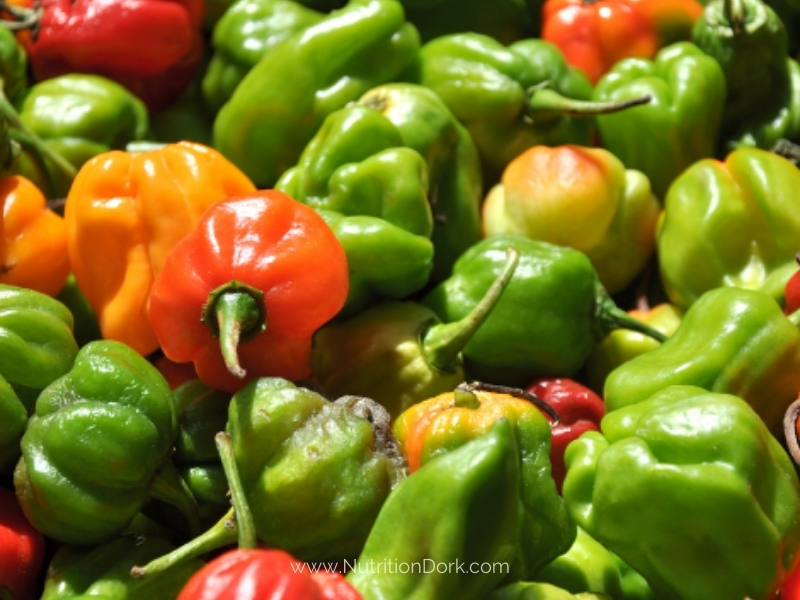 Aji Dulce; according to Wikipedia “Ají dulce, ají cachucha, quechucha, ajicito, or ají gustoso is any of a variety of sweet perennial peppers found in Latin America and the Caribbean. It is most widely known in Cuba, Jamaica, Puerto Rico, Dominican Republic and Venezuela, where it refers to a specific native variety of Capsicum chinense that is related to the habanero but with a much milder, smoky flavor. In the English-speaking Caribbean, it is known as seasoning pepper and is essential to a variety of traditional dishes.” 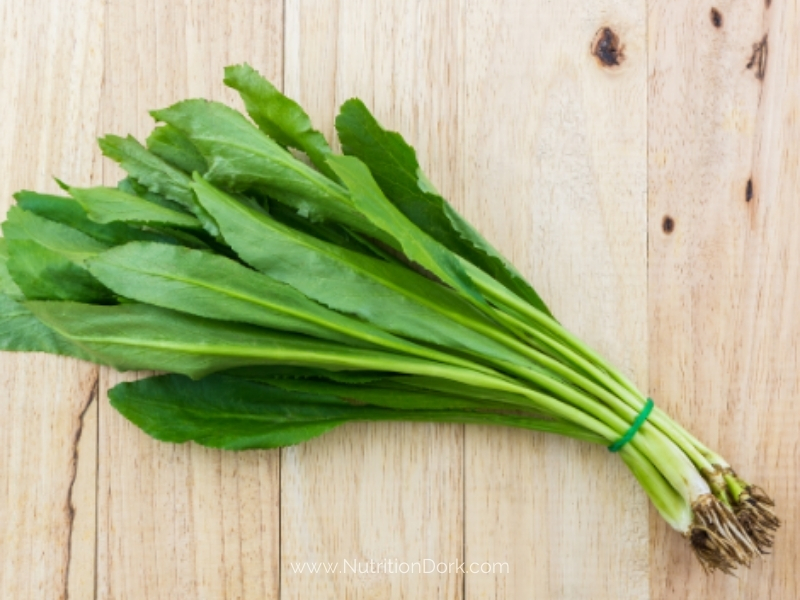 “Recao” also known as Culantro; according to Wikipedia “Eryngium foetidum is a tropical perennial herb in the family Apiaceae. Common names include culantro, recao, shadow beni, Mexican coriander, bhandhania, long coriander, sawtooth coriander, and ngò gai. It is native to Mexico, the Caribbean, Central and South America, but is cultivated worldwide, sometimes being grown as an annual in temperate climates. In the United States, the common name culantro sometimes causes confusion with cilantro, a common name for the leaves of Coriandrum sativum (also in Apiaceae), of which culantro is said to taste like a stronger version.”

Peel and chop the onion in four parts. Rinse and remove seeds from the peppers and aji dulce. Rinse and chop the cilantro, and peel the garlic cloves. Add the ingredients to a blender or food processor a little at a time. Start with the onions and peppers as they will release liquid making the ingredients easier to blend. Then add the aji dulce, recao and garlic until everything is blended together. Store in the refrigerator until ready to use. May be stored in the fridge for up to a month. You can also freeze in small containers, then defrost when needed and store the rest in the fridge. 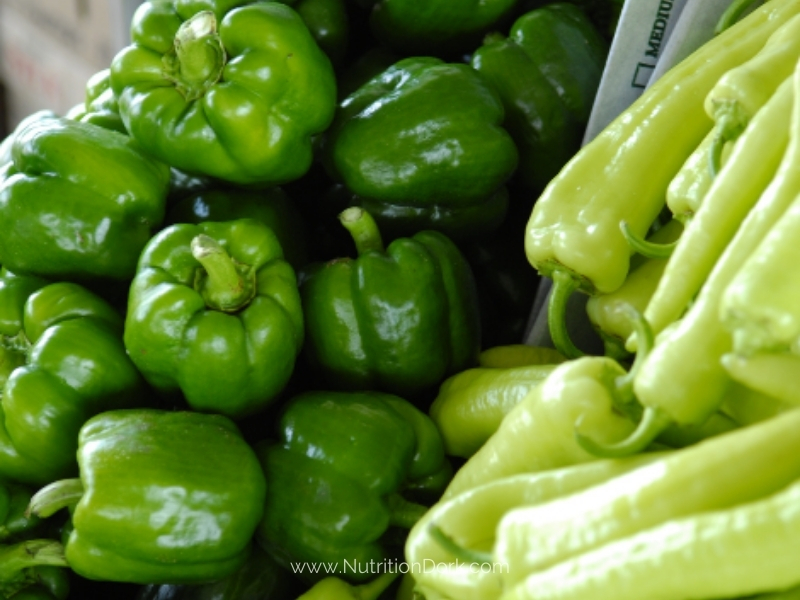 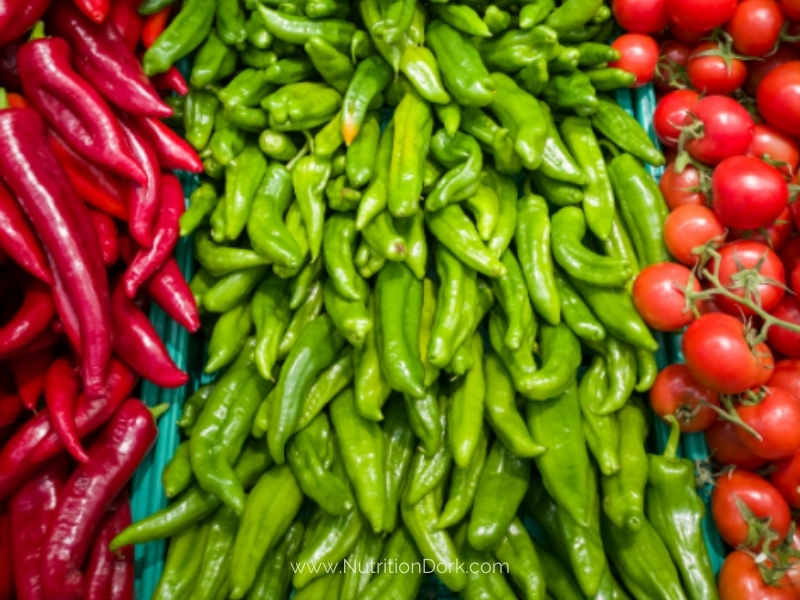 Rinse, core the tomatoes, and chop into large chunks. Peel and chop the onion in four parts. Rinse and remove seeds from the peppers and aji dulce. Rinse and chop the cilantro, and peel the garlic cloves. Add the ingredients to a blender or food processor a little at a time. Start with the tomatoes, onions and peppers as they will release liquid making the ingredients easier to blend. Then add the aji dulce, recao, cilantro and garlic until everything is blended together. Store in the refrigerator until ready to use. May be stored in the fridge for up to a month. You can also freeze in small containers, then defrost when needed and store the rest in the fridge.

In a large skillet add the olive oil to medium heat. Add the onions and cook for about 5 minutes. Add the green pepper and garlic, stir and cook for a few minutes. Add the tomatoes and seasonings. Cook for 10-15 minutes, stirring frequently. Make sure the tomatoes have softened, and the sauce looks thick. Remove the bay leaf and allow it to cool. Save in small containers in the refrigerator and freezer to use as needed.

How to use Sofrito

Using sofrito in your food is pretty simple. Just add 1-2 tablespoons before cooking rice, beans, soups and stews. Add 1-2 tablespoons of oil to the bottom of your pan, add the sofrito, and stir fry until it releases its aroma, then add your other ingredients like rice, beans, meats, etc. and cook as you normally would.

Here’s a quick bean stew recipe to get you started: 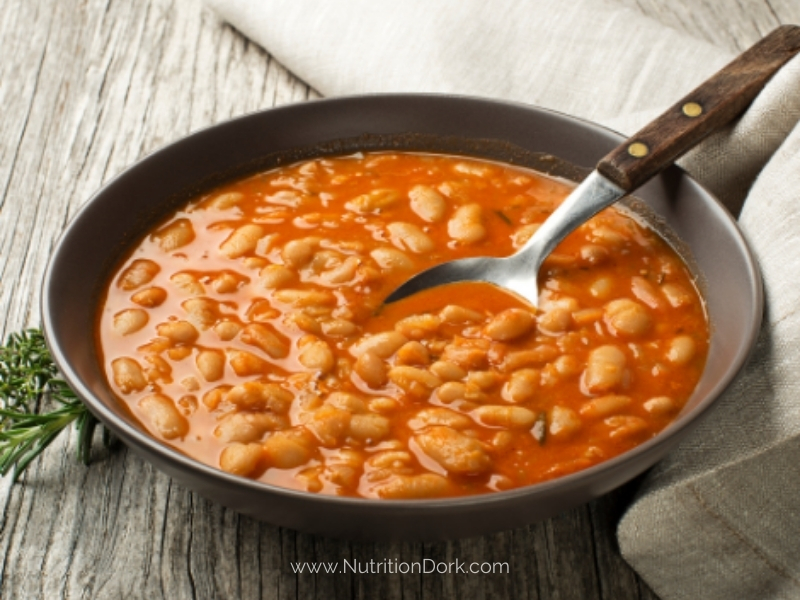 In a medium pot, add the olive oil to medium heat. Add the sofrito and stir fry until the sofrito releases it’s aroma. Add the sazón, diced potatoes, beans, and tomato sauce. Add 1 cup of water, and bring to a boil. Once the potatoes are cooked and the sauce has thickened, remove from heat and salt and pepper to taste. Enjoy on the side of white rice.

Thanks for reading our blog. Please let us know what you think of our articles and recipes in the comments below. If you’d like to stay up to date, join our Nutrition Dork’s mailing list here: https://sendfox.com/nutritiondork

Want to find out more about our Healthy Rican Spice Brand? Visit our online store here. There you will find our Healthy Blends of Latin Adobo & Sazón made with all-natural ingredients. Our NO-JUNK seasonings are made with pure flavor “Puro Sabor” and are FREE of MSG, GMO’s, artificial ingredients and artificial colors. Check it out now at HealthyRican.com

9 Most Delicious Recipes with Plantains

What are plantains? Plantains belong to the banana family. They look like regular bananas, but are much larger. They are also less sta...

END_OF_DOCUMENT_TOKEN_TO_BE_REPLACED

What Are The Health Benefits of Root Vegetables and Sancocho Recipes?

END_OF_DOCUMENT_TOKEN_TO_BE_REPLACED

How Do You Use a Sazón Seasoning?

What is Sazón? Sazón is a seasoning used in Spanish and Latin cultures to add color and flavor to their foods. It is proven that foods...

END_OF_DOCUMENT_TOKEN_TO_BE_REPLACED

What are Puerto Rican Spices?