What Is a Typical Dinner in Puerto Rico?

Puerto Rico is known for it’s delicious and flavorful food. Typically a Puerto Rican dinner consists of rice, beans, meats, and stews. Mainly cooked in a heavy kettle or caldero. One of the most popular dinners includes beefsteaks, or in other words “bistec”. The beef is marinated in adobo, a mix of salt, garlic, black pepper, and oregano. Then it’s stir fried with onions, and peppers. It is mainly served with white rice, and bean stew, with a side of lettuce, tomatoes, and a slice of avocado. Puerto Rican dinners are super yummy, and the good news is, most dinners are Gluten-Free Puerto Rican Recipes.

Let’s have a look at the detailed cuisine of Puerto Rico and healthy Puerto Rican dinner recipes!

Appetizers and soups in Puerto Rico

Puerto Rican meals usually begin with hot and sizzling appetizers. A few of them are sweet cornmeal aka sorullitos, empanadillas, alcapurrias, and fresh cod fritters. Among the favorites are the empanadillas which are demilune shaped turnovers filled with beef, chicken, cheese, and/or delicious seafood.

For soups, asopao and sopa de platano are some of the most popular soups of Puerto Rican origin. A perfect way to start a savory dinner is to begin with healthy Puerto Rican soups. They are a powerhouse of nutrition with fiber, minerals, proteins, vitamins, and antioxidants. The asopao is made like a chicken soup with rice instead of noodles, and a sopa de platanos is made with plantains. Both are very hearty soups and work great when following a Gluten-Free diet.

Asopao can also be called Sopón. You may find it called; Sopón de Pollo con Arroz. It is a rice-chicken recipe that tastes different in every restaurant you visit.

Sopón de garbanzos con patas de cerdo is among the most authentic variations. It’s a soup made with pork feet and chickpeas. It is definitely a unique recipe found in only some restaurants.

What is the best food to eat in Puerto Rico?

Puerto Rico is famous for its tostones. This dish is a plantain appetizer or side dish, that is known for being fried twice. The fried plantains aka tostones are paired with mayo-ketchup, a sauce made with mayonnaise, ketchup, garlic, and hot sauce.

Considered a national dish of the island, Arroz con gandules is an authentic Puerto Rican recipe. The recipe starts with white rice with added pigeon peas, olives, tomato sauce, sazón, and sofrito. Sofrito is a kitchen foundation consisting of onions,  peppers, cilantro, and garlic. Some add plantain leaves on top of the caldero as it cooks to add extra flavor, and make the rice taste like a “pastel”, a Puerto Rican tamale made during the holidays made with green bananas and yautia.

While cooking Puerto Rican paleo recipes, you can make mofongo which is mashed plantains. A paleo mofongo recipe includes green plantains, garlic, and salt. The seasoning and filling have beef, chicken, vegetables, or shrimp. Mofongo relleno is one of the most popular dishes in restaurants around the island.

A few of the other best foods are Alcapurrias, Empanadillas, and Rellenos de Papa as appetizers, and Pernil, Pastelon, Pasteles… So many good choices in Puerto Rican cuisine.  You’ll want to try it all! 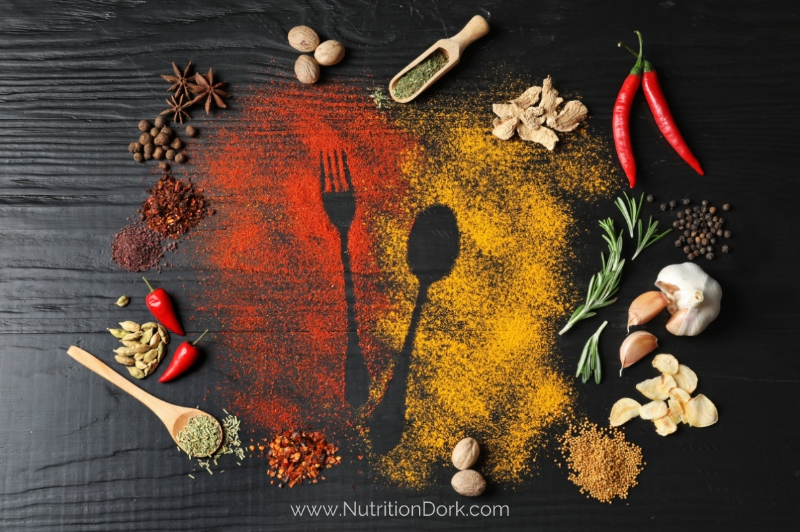 What are the typical Puerto Rican ingredients?

The aroma of cuisines in Puerto Rico comes from a mixture of Adobo and Sofrito herbs and spices. It brings a distinctive flavor and color to most indigenous foods. A DIY Puerto Rican adobo marinade can be made with a blend of oregano, black pepper, garlic, olive oil, and vinegar. Sofrito is a blend of onions, peppers, garlic, culantro or cilantro, blended with a bit of oil. Add Sazón or achiote (annatto seeds), to give rice, soup, and stews it’s shiny yellow color.

A Puerto Rican Sazón Recipe is a mixture of ingredients. They are a delicious mix of Spanish, African, Taino, and American influences. You can add achiote (annatto seeds), coriander, cumin, and garlic. Everyone makes it a bit different, but there are many store bought sazóns that are healthy and delicious. Just make sure to get the ones made with pure ingredients, without artificial colors and ingredients (check out our own healthy blends at the shop Healthy Rican, made by Nutrition Dork).

Make a Homemade Sazón Seasoning Mix by combining annatto, garlic, and salt to start. You can also include cumin, black pepper, coriander, and oregano for a flavorful sazón mix.

There are a variety of main dishes in Puerto Rico. From rice and beans, to root vegetables and fish, and plantains in various recipes. The food in Puerto Rico is always enticing, distinct, and bold. The people enjoy tasty yet easy Puerto Rican recipes. As they grow a diverse range of vegetables, the island is famous for chayote, a pear-shaped vegetable also known as a christophine plant. Along with berenjena (eggplant), and various squashes like calabaza. 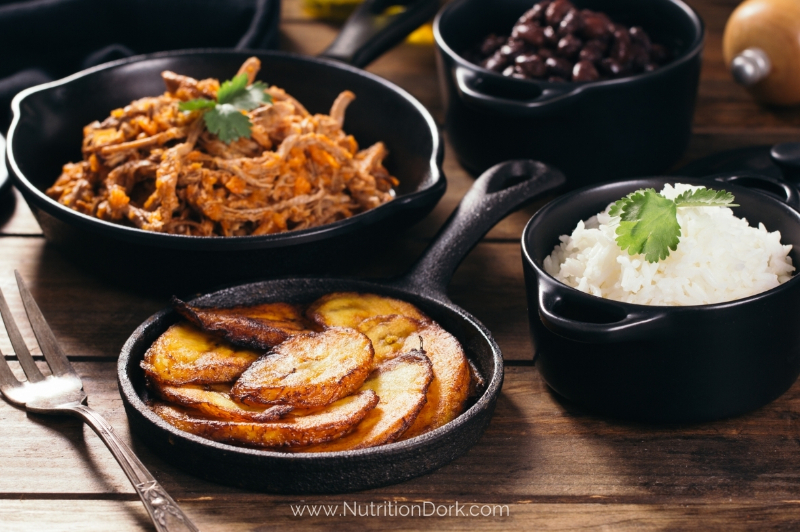 What are the two typical dishes in Puerto Rico?

Puerto Rico has a history of savory dishes. Two of the traditional dishes are pasteles and Arroz con dulce. Especially during the holidays. Pasteles are made with green plantains and are generally filled with pork. Can also be made with added yuca or yautia, and chicken. In flavor and texture, many people believe that they are like tamales. Arroz Con Dulce is a coconut rice pudding made of coconut milk, cinnamon, sugar, nutmeg, and cloves. Garnished with cinnamon sticks & raisins and served as a dessert.

Puerto Rican food is spicy, but not hot. It is a combination of spices and herbs which makes the food very flavorful and savory. Most of the food dishes include sofrito, adobo, and sazón as seasonings staples.

Desserts and Drinks in Puerto Rico?

The most popular dessert in Puerto Rico is flan, a caramel custard, made with various milks, condensed milk, and eggs. Flan can be made in various flavors like vanilla, cheese, coconut, and even nutella.

There are various sweets like guava cake, orange layer cake, and banana cupcakes.

The most popular dessert ingredient is coconut. You can taste a wide variety of tasty desserts with it. Many serve it as coconut flan, coconut cream, and candied coconut rice. You can also find coconut in popular drinks like piña colada, and coquito (a coconut eggnog for the holidays). 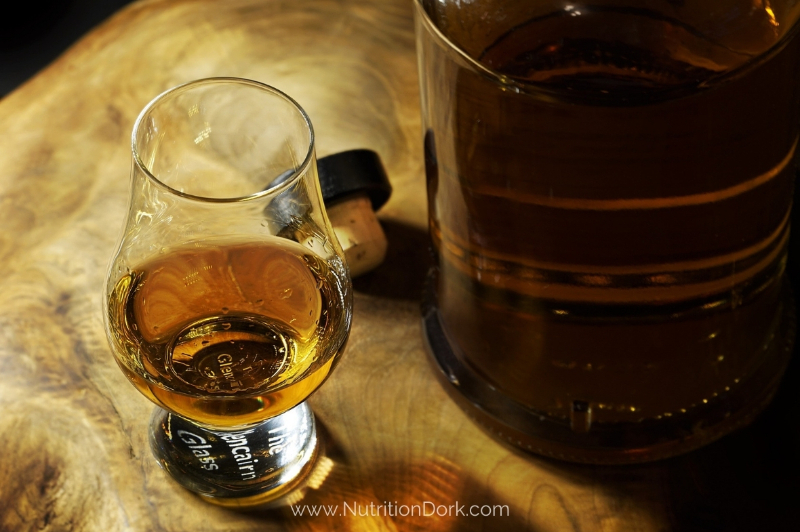 Rum is the national drink. Puerto Rico is its leading producer. A few others that go on the list are coquito, black coffee, and beer (Cerveza).

While the food is spicy (in a delicious not hot way), the people are famous for having a sweet tooth. Right from Puerto Rican Breakfasts to Desserts, the food is worth admiring.

The Puerto Rican ice cream is called helado del país. It comes in various fruit flavors that are indigenous to the island. Some of the flavors are coconut, pineapple, guava, and passion fruit.

A piragua is another type of “ice cream”. It is not really ice cream, but more like a snow cone as it is a shaved ice cone in the shape of a pyramid, with a fruity syrup on top. The syrup comes in different flavors. They include raspberry, pineapple, coconut, guava, or tamarind.

Piragua is a blend of Spanish words pirámide (“pyramid”) and agua (“water”).

What drink is Puerto Rico known for?

It is an easy Puerto Rican recipe as it is a proportionate combination of coconut cream, pineapple juice, ice, and rum.

You say “Buen provecho” (enjoy your meal) when you visit a restaurant. At lunch, you say “Buenos dias.” And, it is “Buenas tardes” during dinner.

Puerto Ricans are friendly. You are expected to greet and smile even when you do not know the people sitting at the next table.

What time is dinner in Puerto Rico?

People prefer to consume dinner late in Puerto Rico. Many of the restaurants do not open before 6 in the evening. Until 7, it is usually a person or two. Yet it gets crowded after 8:00 p.m.

Do you tip waiters in Puerto Rico?

In Puerto Rico, tipping is the usual etiquette. It is like most other parts of the U.S. Also, it is an essential source of income.

Fifteen percent of the bill is the average after you have enjoyed a great meal. It is not mandatory to tip in bars. But, you can still tip with $1 per drink.

9 Most Delicious Recipes with Sofrito

What is Sofrito? Sofrito is a blend of various vegetables and herbs used in Latin cuisine, especially in Caribbean islands like Puerto...